Wendy S. Walters: In These Times 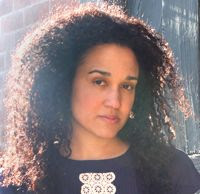 This past week an earthquake with a magnitude of 3.8 shook the small town of Pingree Grove, IL forty miles northwest of Chicago. The earthquake was 1600 times milder than the one that tore down Port-au-Prince a month ago. Despite the lack of catastrophe, the Illinois earthquake caused rattling in many homes throughout the Wabash Valley Seismic Zone. The quake appears to have happened along an unknown fault line, which seems to suggest that there may be a number of small fractures extending throughout the state.

In an unrelated incident, two coyotes were seen wandering around the Columbia University campus in upper Manhattan in early morning hours over the weekend. Their appearance was noted by several students and confirmed by campus police, who were unable to apprehend the animals as they fled from the attention of worried onlookers. Weeks earlier, another coyote had been spotted wandering the neighborhood of West Harlem. For those unfamiliar with the area, West Harlem and Morningside Heights, where Columbia is located, are heavily urbanized. The presence of coyote in these regions is unusual, as they tend to be intimidated by people, traffic and loud noises. It is unclear what suffices for prey in these environs.

Lately I spend a lot of time trying to locate the geography of the work. I believe the writing is someplace. While always true, facts of location are always temporary. And while current events seem to confirm this point for me over and over, somehow I still go out to try and find the line. Whether this is a problem with poetry or a problem with me matters less, I think, than the mistake of not feeling how much wildness is naturally occurring wherever it is the search for the poem takes me.

In these times, naturally occurring wildness has me worried. (How about you?) I do not know how to put events in order. I do not know how often catastrophe is the beginning or end of the word. (What do you think?) The point of the poem makes less sense once it is done than when I am doing it. Whenever I smell futility, I hunt my work down to destroy it. Whenever I feel the ground beneath me cracking, I let my work fall into the chasm. (How do you do it?) Still I think to be subsumed by fear is one kind of avoidable madness. To put the words in order might be a way of noting the difference between now and now. To put the words in order could also be catching my breath. Then there it goes.

Wendy S. Walters’ work resides at the intersection of the poem, essay and lyric drama. She is the author of Longer I Wait, More You Love Me (2009) and a chapbook, Birds of Los Angeles (2005), both published by Palm Press (Long Beach, CA). Walters’ poetry has been recognized with residency fellowships from Breadloaf, MacDowell and Yaddo, and her poems have recently appeared in Callaloo, HOW2, Natural Bridge, Seneca Review and the Yalobusha Review,Seneca Review, Seattle Review, and Harper’s Magazine. among several others.

posted by poet-scholar-professor-type at 5:01:00 PM