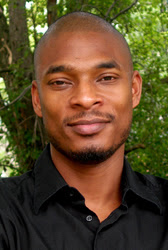 I’m thinking about cars. And when I say cars, you should know I mean poems and books of poems. Sometimes when I think about houses I am also thinking of poems. That’s one thing I love about poems—they can be almost anything. That’s what I love about metaphor. But today is a nice day and I have been out cruising and I have been talking with another poet (who is trying to get someone to drive her car) about poems. That’s how I got here. It will become tedious to point back to poems each time I mention cars so just keep this idea at hand. Car=poem. I was listening to “The Couch Sessions Present a Tribute to Yukimi Nagano ” because it is 55:48 long and I wanted to talk to you about cars for about that long, but now I am listening to Gary Numan’s “Cars” (3:59) because it is perfectly, obviously apropos: “Here in my car / I feel safest of all.” (Synthesizers are making a comeback and I feel a bit of nostalgia-tinged glee and a bit of dread about that.) Car is a blunt round word. Like book. A little less like poem, which to me is closer to a word like home. But automobile—that word is closer to why thinking of cars is like thinking of poems. The self in transport. The mind wants to be moved. Maybe a poetry teacher is part driving instructor, part mechanic. A teacher can suggest the best route, explain the rules and customs of the car universe; and a teacher can inspect the parts of a car: the wheels, the transmission, the battery. (If we were talking houses, I’d say the teacher is a kind of interior decorator.) But really, I don’t want that sort of work most of the time. I mean not if I ain’t getting paid for it. Mostly I want to be a passenger. I can be a benevolent carpooler, or a shotgunner, but being a hitchhiker is fine too. I just want to go for a ride. I just want to see where you’re taking me, Driver. And I’ll hop in just about anything that moves: model T, forklift, covered-wagon, Hummer. Long as you got room for me. Gary Numan’s been done for a while now and I’m listening to Kraftwerk’s “Autobahn, but after that I’m listening to Prince’s “Little Red Corvette” (“need to find a love that’s gonna last”). There’s not much room for my legs in a Corvette, but I’ll squeeze in to experience the speed. And the intimacy. To be shot along a dangerous, winding road with you. I’ll come along if I trust you.

I’m talking about cars because that’s how I was trying to explain this whole poetry book business to a sweet exasperated poet just morning. I’ve looked at a lot of cars these last years. Used to be I loved what was shiny, exotic, roomy. I was once like the judges at a car show. Innovation counts, for sure. Practicality counts too. The cars are often hotly colored at those shows. You don’t have to live in Detroit to see them either. They’re parked in the big convention halls of your town a couple of times a year. I saw this snazzy tinted SUV in a tent at a Jazz Festival many years ago. The context was supposed to suggest, I’m guessing, classiness. My mouth was watering. I sat my daughter, who was barely a year old at the time, behind the wheel. Parked there under those bright lights in that bright music on that bright day, the SUV looked like perfection. But then, a year or two later I saw the same model somewhere in the city. Not nearly as dazzling. Wasn’t dirty or anything. Wasn’t broken down. But it was just big. Blocky. Ordinary. It had a made terrific first impression, but thank goodness I couldn’t afford to take it home. Sometimes I think too few car makers are building cars a soul can live in/with. Are you following me? You see where I’m going? 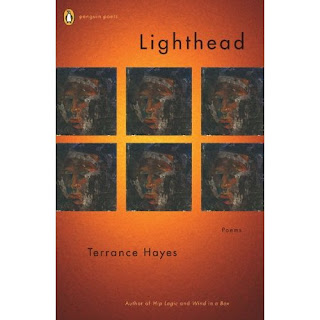 There are these car plants all over the country. People are building these grand vehicles, and I don’t blame them. They want drivers. (That’s not the same as needing drivers, of course.) But there are these car plants and these lovely cars rolling from the assembly lines with bells and GPS navigators and sparkling paint. What mechanic wouldn’t want to peek under the hood? What driving instructor wouldn’t say, yes I’d like to help that thing there on its way! And then, here you are—this is what I said to the exasperated, discouraged poet— here you are with your ride. It’s not unadorned. It’s got a great sound system. It’s got wide clear windows. It’s eccentric, even. The wheels look kind of Italian. You must know a little something about speed. And the body! The body looks like something refurbished in Cuba, you been to Cuba? You must have a background in automotive repair too. The seats look made from, goddamn, is that a quilt! Your grandmother’s quilt? Shit! This is a wild ride. I admit I’ll be a little nervous when we pull off, but sure let’s go.

I’m not proposing solutions here. You can’t tell folks what car to drive or what passenger to be, what path to take. I’m just identifying a problem. Here you are having built a car from scratch. It’s like one of those mythical amalgamated creatures? Griffins, Minotaurs, and such. That’s what you have, something enchanted, something strange. Back at the car plant, many of the bosses are telling the youngsters—or many of the youngsters are telling themselves, your car should be both irresistible and recognizable. For sure, it should have some flair, some personal touches, but when the judge comes he needs to know the trucks from the hatchbacks, the roadsters from the tanks. Some judges like tanks. Tanks are durable, intimidating. You never know whose driving a tank. Some judges like that. The Hummer was a military Humvee (High Mobility Multi-Purpose Wheeled Vehicle) before it was a Hummer. Judges don’t mind—judges like in fact, a little surprise, but they want a car to be identifiable. How else would they categorize it? So you walk— you and I walk into the car show and we’re amazed at these brand-new vehicles. I mean you absolutely have to attend the car shows, you have to know what people are making—and we do. But here’s the thing: most of the cars only have enough gas to get them from the assembly line to the show room. Some of them don’t even have engines! There go the judges with their ribbons and trophies for cars they won’t drive more than once. They’ll step from the show room without looking back, a lot of them. I don’t know if we should blame them for crowding the streets with cars that won’t hold up. Cars with plastic that looked like silver under the display lights, cars with pleather that looked like leather. Maybe we shouldn’t blame them. They’ve got their own cars to build after all. (And some of those cars ain’t really worth riding around in, truth be told.) They do the best they can. This whole thing is discouraging to me too, frankly. I’m sorry. I’m thinking of you and your strange, hand-made car. I could drive to paradise and back in it, I know that. I’ve been under the hood. You know Robert Frost had to go to England to have his first book published, and look how he turned out! Does that help? What if he’d decided he needed to become a modernist? What if he decided to make T.S. Eliot poems! I don’t care much for either of them, but that’s not my point. And I don’t mean to simply say: “Hang in there!” though that’s what I’m saying; “Hang in there.”

Let’s go outside and cruise around in your ride for a bit. If I was a badass, I’d say let’s drive it through the showroom glass and right up into the mix! But that’s not your style, I know. I love your car. Let’s maybe just tail one of the judges through the city. And when whatever he’s driving breaks down, let’s give him a ride… No, fuck the judges. Let’s just go cruising. Let’s pick up anyone smart enough to want a ride.


Terrance Hayes is the author of four collections: Lightheaded (Penguin, 2010), Wind in a Box (Penguin, 2006); Hip Logic (Penguin, 2002), which won National Poetry Series; and Muscular Music (Carnegie Mellon University Press 2005, Tia Chucha Press, 1999), winner of the Kate Tufts Discovery Award. He has received many honors and awards for his poetry, including a Whiting Writers Award, a Pushcart Prize, two Best American Poetry selections, and a National Endowment for the Arts Fellowship. He is a Professor of Creative Writing at Carnegie Mellon University and lives in Pittsburgh, Pennsylvania, with his wife, the poet Yona Harvey, and their family.

Congratulations to Terrance Hayes
National Book Award Winner in Poetry for his collection, Lightheaded
posted by poet-scholar-professor-type at 8:38:00 AM