Aimee Nezhukumatathil, The Origin of the Whale Shark: An Ars Poetica 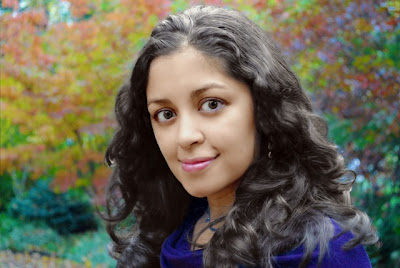 When the dive-master yelled, “Flaaat!” my legs seized with terror and my body unfolded into the shape any body would take when a confronted with a giant whale shark gliding directly towards your head: a pancake. Actually, since I was floating on the surface of the water of the 6-million gallon “Ocean Voyager” tank at the Georgia Aquarium, and most of my ears were submerged as I was face down, the command sounded more like “AAABBATTTTTTT!” Just minutes before, us guest snorkelers were instructed over and over again: “If you hear me shout, ‘Flat,’ that means you’ve got a whale shark swimming directly under you. Flatten your body so your belly doesn’t skim her back.” I could hardly believe a fish, longer and wider than a school bus, was swimming directly toward my head. I thought for sure I would be swallowed whole inside her gaping wide mouth. 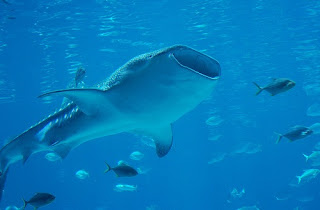 An accident, of course—whale sharks only eat plankton and bits of shrimp—but what an accident to tell my son and husband back home in New York. What a dumb legacy to leave them in this way. But as the giant fish moved closer to my head—at the last possible moment before I thought she would crash into me—the whale shark sank just low enough to not touch me at all, though her dorsal fins almost brushed up against the belly of my wetsuit as I hovered there. If I wanted to, I could reach my hand down and pet her spotted back, but I was too terrified to do anything but float, lift my belly and curve my back as far up as it would let me as I tried to get out of the shark’s way.
It was as if she was toying with me—wanting to give me a little fright, just enough to let me know exactly who was queen of this tank. This particular whale shark repeated her close encounter drive-bys with me several more times during the entire length of my snorkel session, even though there were five other snorkelers plus two dive-masters in the tank besides me. Each time she passed me, I saw her giant eyeball look right at my mask, curious as a spaniel. Very rare to happen at all, let alone to the same person, said the dive-master.
By the time I climbed the metal ladder out of the Ocean Voyager tank, I could barely walk on the concrete deck. I had tensed up all the muscles in my arms and legs for the last half an hour and suddenly, even the fairly light-weight snorkel system seemed as heavy as carrying a bag of mulch. Around my neck. In the locker room, I was the last one to change back into my street clothes. When I was sure all the other snorkelers had already left the room and were probably all lined up to collect their souvenir photo, I sat down on a wooden bench. Still wearing my half-unzipped wetsuit, I wept with my face in my hands. 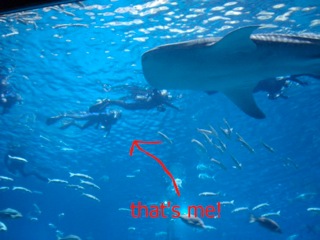 Even though I spent almost a year studying them, I was never prepared for the size. Even though I spent almost a year studying them, I was never prepared to submit myself so completely to Nature. Or rather, man’s interpretation and preservation of Nature by adding 1.8 million pounds of sea salt in a giant tank of water so that all these creatures could live and swim together. For science. For entertainment. For spectacle. Perhaps for a little of all three. In addition to the three whale sharks in the tank, there was a giant hammerhead shark, notorious for attacks on humans—and scores of other dangers: blacktip reef, spotted wobbegong, zebra, and sand tiger sharks.
Even though I had fulfilled a life dream to swim with a whale shark, I felt incredibly guilty. My son could have been motherless. My husband, a widower. And I certainly felt sorry for the sharks. I was able to leave the aquarium and fly home to my family. I had brought back a whale shark hand puppet for my son. When I gave it to him in the car, he promptly slipped it over his tiny fist, which he unclenched to make the shark puppet mouth open/close-open/close-open/close. He giggled in his car seat as my husband drove us all home. It was as if I had never left them at all.
*
[[ Bolinao, Philippines ]] 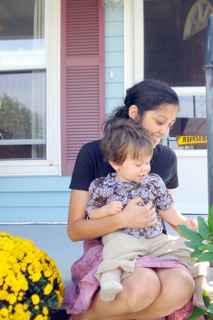 Everyone knew where Kablay kept his coins. One of his eyes always pointed left towards the starfruit grove, and the other was always fixed on his coins in the tin cookie box under his bed. Every night, after his dinner of bangus fish and jelly seaweeds, the neighbors heard him pry open the cavemouth lid of the cookie box. He stacked the coins into a small silver city, then crashed them just to hear the noise. Just to see the light disperse into a hundred pieces on his bedroom floor. Sometimes, lizards mistook it for a flash of moth-wing and collided into one of the pile of coins, their whippy tails scattering silver along the floorboards. All night, lizards peered out from behind curtains and shook their head from side to side, as if to say, “No-no. No-no.” Each night, these small crashes became familiar and expected as a sort of   metallic lullaby in the otherwise quiet province, save for the occasional bark of a stray dog.
When the Great Typhoon hit and it was clear the dams would not hold, all the villagers fled to the hills of Patar. No time to collect photos, rambuntan fruit, or rosary. Everyone left the province except Kablay. He sat on the floor in his house and hugged his cookie tin to his chest. The no-no lizards had long since scattered. The waters rushed through the province and swept everything out to sea: tender, young chico trees and even whole bamboo stands where you could buy a sweet fizzy drink poured into a plastic bag with a straw. Even the hapless chickens and stray dogs with their mouths wide open whirled away into the ocean.
But Kablay held tight to his coins and his coins held him. He held them so tight, they pressed into his body and left a white spot. And another. And another and another spot until his whole back was dotted white. Kablay’s mouth became a small cave and the bubbles that popped from it were silver. Sometimes you can still see Kablay and his wide eyes still searching for a small ship, a scrap of moonlight. Every April he comes back to see if he left any more coins behind. Kablay’s money is always with him, pressed into his dark, leathery skin. And because he loved his coins so much and did not want to part with them, his legs shrank into fins until he turned into a whale shark. The spots on his back look like a whole city of light, where everyone is always awake and where everyone tries to remember the simple sweet memory of soil. 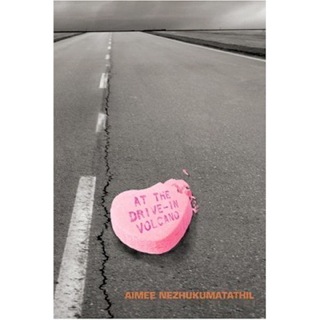 Aimee Nezhukumatathil is the author of the poetry collections, At the Drive-In Volcano, winner of the Balcones Prize, and Miracle Fruit, which was named Poetry Book of the Year by ForeWord Magazine and the winner of the Global Filipino Literary Award. Other awards for her writing include a poetry fellowship from the National Endowment of the Arts and the Pushcart Prize. Her third collection of poems, Lucky Fish, is forthcoming from Tupelo Press in 2011. She is associate professor of English at SUNY-Fredonia and lives in Western NY with her husband and two young sons.
posted by poet-scholar-professor-type at 10:00:00 AM